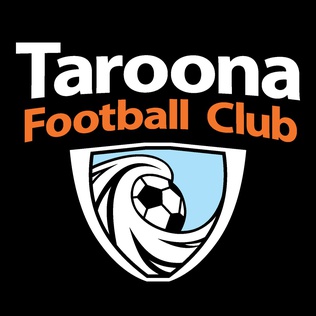 Taroona Football Club is a soccer club which represents Taroona in the Tasmanian Southern Championship.

The first club in the city of Taroona was Taroona Ajax, which was formed in 1972. Taroon Ajax won the Division 1 league in 1973, gaining promotion to the Premier League for 1974. They were relegated in 1974 and the club disbanded in 1976.