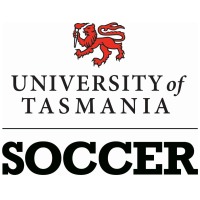 University Soccer Club is a soccer club which represents the University of Tasmania in the Tasmanian Southern Championship. The club also fields women's teams.

University first competed in the KO Cup in 1957, although it is believed they played football at the university prior to this time. They did well in their inaugural year, although drawing the KO Cup final 1–1 against South Hobart, they won on the toss of a coin. They won again after a 1–1 draw the following year, this time against ANM, and this time by right of the most corners in extra-time.

1960 saw them Division 1 champions, and promoted into the Southern Premier League for the first time, where they finished 5th in their first season. University only lasted 1 season before being relegated in 1962, and then moved in and out of the premier league for most of the 1960s, 1970s and 1980s. 1983 saw University finish 3rd, their best result in over 20 years of league football, but they were soon finishing mid to low table again. The club dominated the Southern Premier League in the early 1990s, but failed to win promotion into the State League due to poor facilities.[] The club's first real success came with their first ever Tasmanian State League title in 1999, just one season after receiving promotion into the State League for the first time ever. They followed this up with a second state title via play-off versus Northern champions Launceston City in 2001. University have not found statewide success since, losing the 2003 state title play-off to Devonport City FC, following their Southern Premier League title win.

Most recently, University have performed well in the newly renamed Southern Championship, with back to back titles in 2014 and 2015, and runners-up in 2019 and 2020.